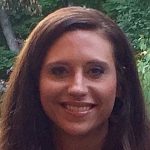 Jordyn Sellek has been CWW’s Executive Director and 911 Coordinator since October 2015, and served as assistant director since 2013.  Under Sellek’s leadership Western Wayne County recently implemented text-to-911 for its 700,000 residents.  Prior to joining CWW, Sellek worked for a decade in local, county and state government, including the Michigan House of Representatives, Michigan Senate, and Wayne County Commission.  Sellek serves on the Growth Works Board of Directors and the Livonia Chamber of Commerce Government Affairs Committee.  She plays a key role in coordinating efforts on policy initiatives affecting local government such as public safety, revenue sharing, juvenile justice, tax policy and road funding.

Ms. Haynes came to CWW as Assistant Director in January 2016. Prior to taking on this role, Ms. Haynes spent five years working for the Michigan Legislature. Most recently, she served as Director of Constituent Relations and Community Resources for a State Senator. Ms. Haynes is responsible for monitoring and tracking legislation, meeting with legislators and their staff and working to advance the mission of CWW. Her primary legislative responsibilities include local government, public safety, transportation, taxes, and economic development.