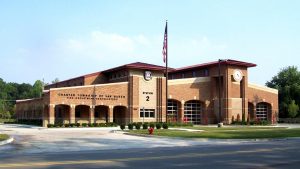 The CWW Firefighter Testing Program is a cooperative partnership between many local governments, fire chiefs, Human Resource directors and Schoolcraft College.  It has been a model and award-winning public service project since 1996.

Successful completion of both of these tests may be required by the communities of the CWW and other participating municipalities.  Individual communities may require other qualifications at the time of application.

The information and application brochure for the CWW Firefighter Testing Program is available below.